There are a number of features that have been promised to Star Citizen backers, but never delivered in the game. Fans have called out these promises and now Cloud Imperium Games has released an update on their website explaining when they will be fulfilled. 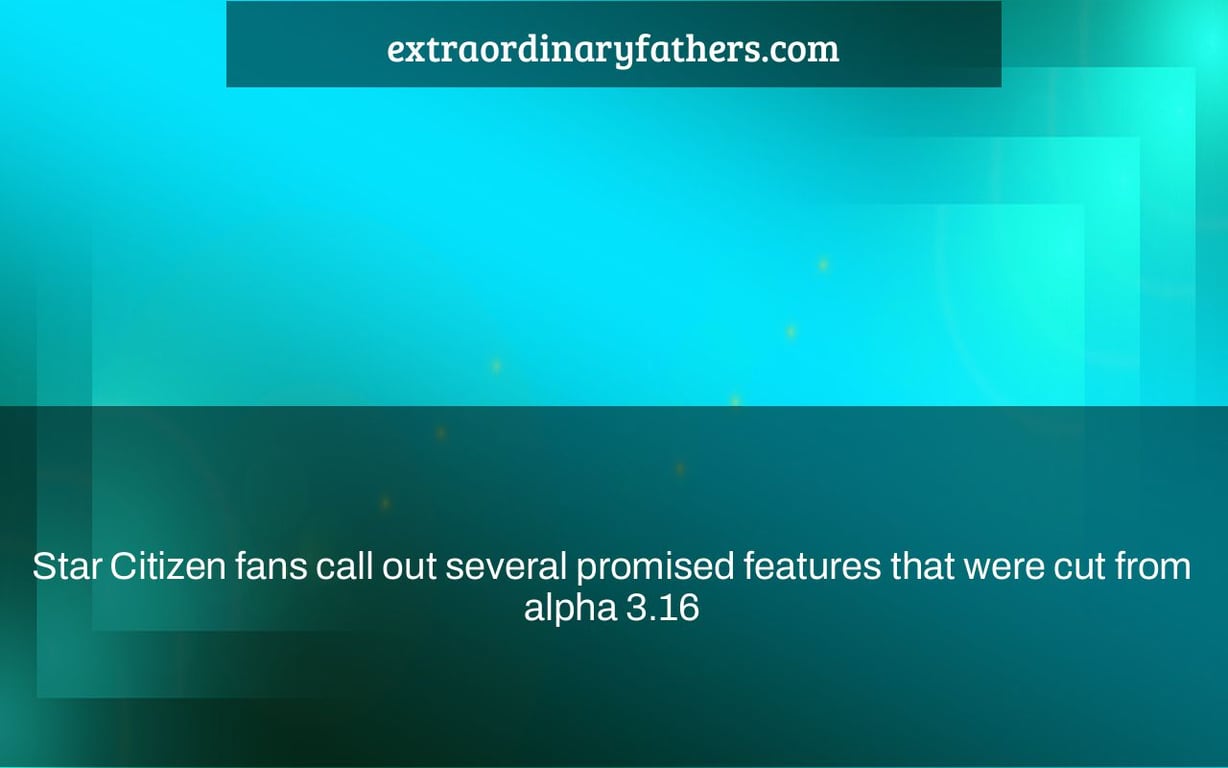 While the newly released alpha 3.16 of Star Citizen offers much to do, fans of the game are pointing out that there were initially a lot more features planned. A post on the game’s subreddit exposing the discrepancy is presently making its way through the community, pointing out that just three of the 18 items intended for alpha 3.16 made it into the final release, with two more set for alpha 3.16.1.

Other things that were initially planned for 3.16 have been pushed back on the schedule: The arrival of the Hull C ship and the multi-tool salvage attachment have been delayed to alpha 3.18, while new DNA head textures, ship-to-ship refueling features, and mining gadgets have been pushed to alpha 3.17. Furthermore, in both alpha versions, all of the features are still marked as “tentative.”

Downvote as much as you want, but it is what it is… 3 of the 18 intended items made it into the 3.16 version of starcitizen.

Long-time MMORPG fans may recall that Star Citizen was initially Kickstarted in 2012 for nearly $2 million, with a 2014 release date scheduled. It is still in an unfinished but playable alpha as of 2021, after raising over $400 million from players via years of ongoing crowdfunding and sales of in-game ships and other assets. It is presently the most crowdfunded video game ever, and it has been met with unwavering support from fans and skepticism from detractors. Squadron 42, a co-developed single-player game, has also been frequently postponed.